Dachshund Through the Snow

This Christmas, lawyer Andy Carpenter and his golden retriever, Tara, can’t say no to helping six-year-old Adam and his dachshund, Simon.

Christmas is the time for giving. Lawyer Andy Carpenter and his wife, Laurie, generously give back year-round, but they always try to do a little something extra around the holidays. Andy’s local pet store has a Christmas tree, where instead of ornaments there are wishes from those in need. This leads Andy to six-year-old Adam, whose selfless plea strikes a chord with Andy and Laurie. Adam asked Santa for a coat for his mother, food for his dachshund, Simon, and for the safe return of his missing father.

It turns out Adam’s father doesn’t want to be found . . . he’s on the run from a murder charge – a murder that Adam’s mother swears he didn’t commit.

With his trademark humor and larger-than-life characters, Rosenfelt never fails to deliver as Andy and his eccentric crew dash to reunite a family in time for Christmas. 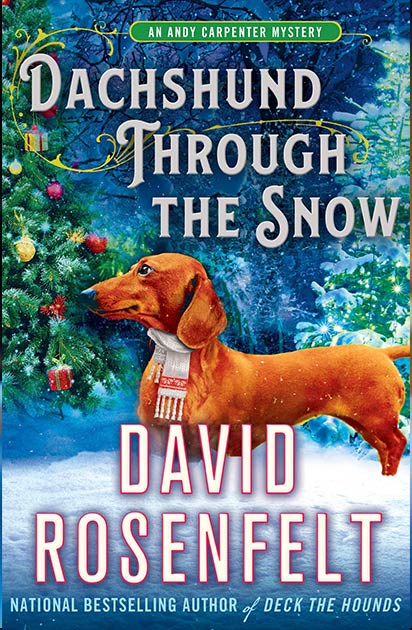